Start typing and press
Enter to search
Skip to content

While roaming the British countryside I decided to make a stop in Birmingham, the second largest city in the U.K.  Not knowing much about the city prior to my arrival I was quite surprised to find a bustling global metropolis that reminded me a lot of my home town and San Francisco.  Birmingham is located in the center of England and was once, like San Francisco, a huge industrial hotspot and major trading center.  In fact, in the early 1790’s many people considered it the first manufacturing town in the world.  The city’s central location also made it a transportation hub.  In the late 17th century, city officials expanded on this aspect of Birmingham by constructing canals that snaked through the city so that consumer and capital goods could be transported and shipped more efficiently.  This shipping method worked so well in fact that by the mid 1800’s Birmingham had more miles of canal running through it then Venice.

On my way to Birmingham me and my good friend, who doubled as my local tour guide, sped through spaghetti junction, a random collection of crisscrossing highways that remind one of the classic Italian meal which is its namesake.  This insane intersection, if you can even call it that, is yet another example of the city’s remaining industrial infrastructure that continues to generate plenty of foot and automobile traffic through the city, allowing Birmingham to maintain its reputation as a bustling transport and travel hub.

Upon finally reaching the city center, and fighting to find parking, my guide and I decided to start our sightseeing expedition in the Birmingham museum and art gallery.  With over forty different exhibits displaying everything from Ancient Egyptian artifacts and Anglo-Saxon gold hoards to exquisite Pre-Raphaelite paintings and sculptures, one could easily get lost for hours.  The diversity and quality of each display ensures that your attention will be caught no matter what your interests may be.

After wandering through the museum for some time we moved on to the recently revamped Birmingham City Library, home to the largest Shakespeare collection outside of the U.S.  While outwardly this building may look like one of the more modern buildings in the city, the inside looks anything but.  With dark wooden bookshelves lining the walls from floor to ceiling, and ancient volumes that seem to be as old as the city itself, the whole scene looks like something out of Harry Potter.

Along with the impressive interior the library also included a roof garden with stunning views of the entire city stretching out to meet the surrounding countryside.  At this vantage point one can see where the older city morphs into the new.  Narrow red brick buildings topped with matching chimney stacks give way to modern apartment buildings with big glass windows and white washed walls.  Like all things in the U.K. the old and the new have been stitched together to give the city a timeless feeling of simultaneously being stuck in the 1700’s while also being modern and technologically advanced.  My favorite example of this being an Apple store that was situated inside an old English Tudor style home, complete with big wooden cross beams and narrow shuttered windows, and of course a giant glowing Apple sign.

While each of these “must see” buildings are beautiful and interesting to explore, my favorite part of Birmingham was the city itself.  It’s industrial roots have allowed it to become a global melting pot with people and cultures from every corner of the world.  Walking the city streets was almost overwhelming.  The scent of spices and roasting meats filled the streets, mixed with the cacophony of city life and its many multilingual people.  Street art covering old brick walls stood as a backdrop for the factory workers who chatted while taking a smoke break.  Children, with no regard for street rules or speeding vehicles, rode bikes and skateboards through busy intersections while tourists sipped pints of beer outside classic English pubs.  This familiar chaos brought back flashes of memories from my own childhood back in the bay area.  The multicultural melting pot built on top of the rusting infrastructure left over from the industrial glory days of the city formed a society that is very similar to that of the Bay area.  The Brummies, or people of Birmingham as my tour guide informed me, have maintained the city’s legacy and ensured that it remains a bustling and globally welcoming metropolis.  We even found a Krispy Kreme which made me feel right at home!  If you find yourself wandering around the English countryside I recommend making a stop in this incredibly fascinating and increasingly chic city. 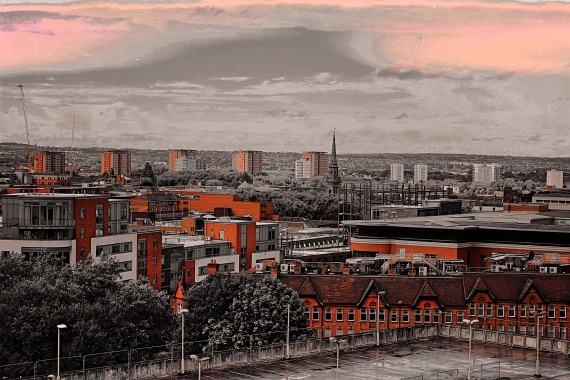 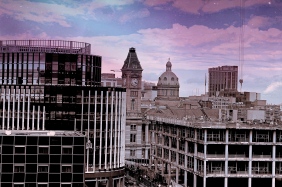 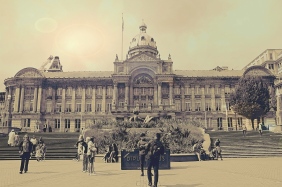 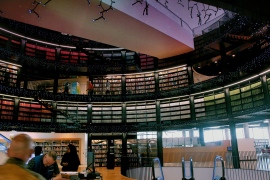 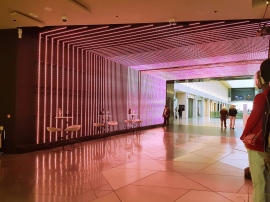 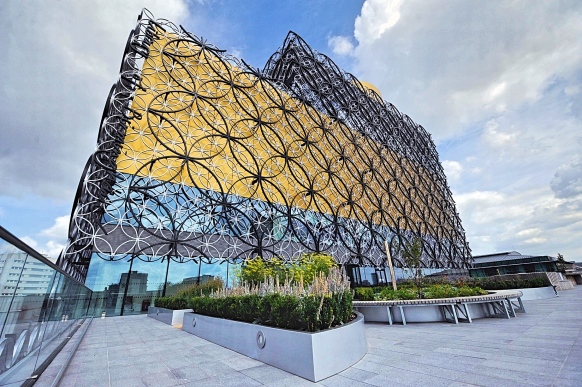 Birmingham City library (The Outside)

I'm off to uncover the secrets of our natural world. By speaking with and interviewing organic and sustainable farmers from around the globe, I hope to better my own understanding of the earth and plants that we all depend on. Please, join me.